What is Shlissel challah? The first challah baked after Passover is called Shlissel (Yiddish for

) Challah. It’s a Segula (good omen) for livelihood and sustenance. The key baked into our sacred bread signifies our prayer that G-d unlock the gates of heaven and shower us with sustenance and abundance!

The Livia boutique has been thoughtfully designed by Rebecca Lieber and her expert team at Belso Design and Build. 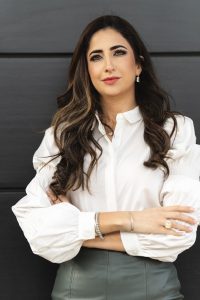 Born in Israel as the fifth of nine children to Olga and Lev Leviev, Chagit graduated from Bar Ilan University, with a B.A. in Economics and Business administration. Following her graduation, Chagit worked as a financial advisor at Deloitte, advising on international real estate valuations and business planning which led her to a CFO position at the Memorand Group.

By 2012, Chagit relocated her family to New York City to head the U.S. arm of the multi-billion-dollar international conglomerate the Leviev Group of Companies founded by renowned businessman and philanthropist Lev Leviev with investments in a wide range of dynamic industries, including real estate, mining, energy, diamonds and jewelry.
Headquartered on Fifth Avenue, Chagit also runs the US branch of Lev Leviev Diamonds (LLD). LLD is one of the world’s largest diamond manufacturers and distributers. LLD is the only diamond firm in the world to control all facets of the diamond pipeline: from ownership in diamond mines, rough trading, manufacturing, and polishing, all the way to designing, and marketing prestigious diamond jewelry.

During this time, Chagit also manages the prominent real estate firm Africa Israel USA (AFI USA), where she serves as the firm’s CEO. AFI USA built a reputation of excellence in its residential developments by introducing some of the top brands in the real estate market over the past decade including District at 111 Fulton Street, 20 Pine - The Collection by Armani Casa, 15 Broad - Downtown by Philippe Starck, The Apthorp, 88 Leonard Street and The Marquis Residences on Brickell Avenue in Miami.

Chagit is currently a member of several Boards of Directors for a wide range of companies in Israel and in the US and has previously served on the boards of Fox-Wisel, an Israeli Public traded apparel company, holding such brands as Fox, Laline, Billabong, The Children’s Place and American Eagle among others; and she previously served as a Director for Israel’s TV channel 9.

Chagit, wife of Greg Sofiev and a mother to 4 young children, follows in the footsteps of her family’s philanthropic spirit with her time and resources, serving as President of select non-profit organizations that focus on Jewish education and the community. 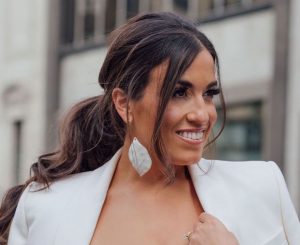 Island to East Side

Christina Carmona is the owner of Island to East Side, a custom handbag company based in NYC, founded in 2017. Christina is a native Staten Islander and founded ITES out of her apartment on the east side of Manhattan, hence the name. Two years later she quit her corporate job to run ITES full-time, after juggling both a demanding fashion career by day and start-up company by night.

From the start, Christina knew that ITES had the opportunity to grow into something far greater than an e-commerce platform. Not only has she worked to build a strong community, but she has built a company that values a balanced lifestyle and aims to show the world that work and life are not so separate after all, which is why balance and happiness in the workplace is so important.

As a brand, each day Island to East Side aims to create unique content that showcases the entrepreneurial journey, team dynamics, amazing products, and collaborations with other brands. Island to East Side's custom handbags have been featured in countless print and digital publications and worn by celebrities, reality TV stars, influencers, and many more. 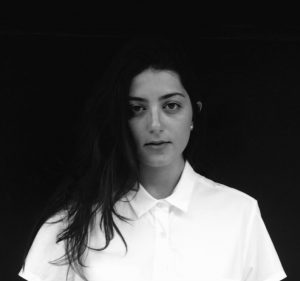 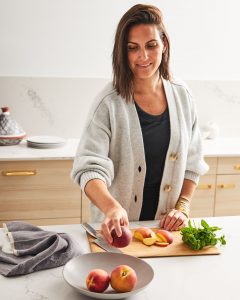 Kim Kushner is a teacher and the author of three best-selling cookbooks, ‘I ♥ Kosher’, ‘The New Kosher’ and ‘The Modern Menu’.

Raised in Montreal, Canada, Kim learned to cook at an early age from her Moroccan-born mother and spent summers with family in Israel. A graduate of the Institute of Culinary Education in Manhattan, she has developed recipes for Food and Wine and Chile Pepper magazines and has worked as a private chef. In 2005, she launched Kim Kushner Cuisine and now travels the world teaching her wildly popular cooking classes. As a mother of four, a culinary instructor, and an author, Kim's cooking style reflects her busy multi-tasking life. Her recipes are flavor-packed and made with straightforward techniques that bring ease, time-savings, and creativity to the kitchen. She's become well known in New York City and abroad for her healthy and hearty dishes made from locally grown produce --- not necessarily the first thing that comes to mind when thinking of kosher cuisine.

Kim has appeared on the Today Show and has been featured in The International New York Times, The Huffington Post, Saveur, and The Chicago Tribune and is recognized as a leader in redefining kosher cuisine; her cookbooks feature everyday recipes for delicious and artful dishes made from accessible, seasonal ingredients. Kim lives in New York City with her husband and children. 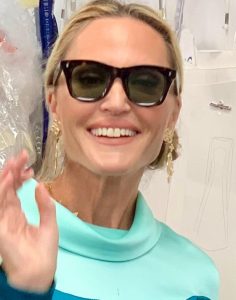 Kim Heyman, brand ambassador, philanthropist and mother of three, believes that the best way to teach her sons important Jewish values is by example. In doing so, she manages to successfully merge family, career, and acts of charity. As an energetic and passionate brand ambassador for cutting edge Israeli fashion designers, Kim shuttles between Manhattan and her beloved Tel Aviv, bringing their unique, artistic pieces stateside. By promoting and collaborating with these innovative designers, Kim has captivated a highly fashionable, discriminating American audience. Her website kimheyman.com showcases the collections of a highly curated group which includes Ella Levy, Tamara Salem, and Elisha Arbargel. Kim’s career in the fashion world started in public relations for Aeffe USA, an Italian fashion conglomerate.

Kim sits on the board of Boston University and is involved in the university’s Hillel. She is involved with many Jewish causes, in particular, the Eden Boarding School in Israel which is a boarding school for girls from abused homes. In addition to her financial support, Kim also mentors many of these young women giving them the attention they so desperately need. Kim’s personal story is one of professional and spiritual growth 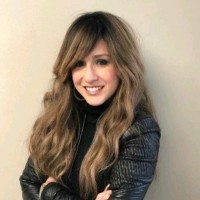 Belso Design & Build is an Interior Design and Construction Firm committed to providing our clients with impeccable designs, clean construction and exceptional service.  After 10 years with parent company Paterson Design, Shuly and Rebecca Lieber founded the company to distinguish themselves within the commercial design sector.  The firm’s expertise ranges from our niche in Healthcare Design and Senior Living, to a variety of commercial and residential projects nationwide. 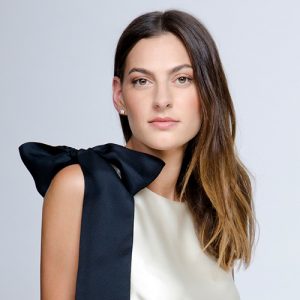 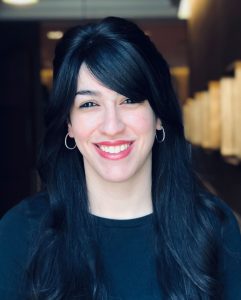 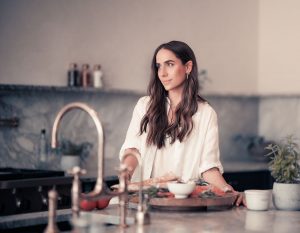 Adina Schlass, the mind behind the instagram lifestyle account @the_chefs_wife_, is a visual storyteller, stylist, and recipe developer whose passion for finding and revealing the beauty in ordinary moments is reflected in work that spans diverse genres from luxury products, to grocery, to home and entertaining.

Born and raised in Sydney, Australia, Adina’s love of all things beautiful took hold at an early age. Enveloped by the city’s miles of breathtaking shoreline and gorgeous natural harbor, Adina’s formative years were shaped by Sydney’s culture of calm, effortless beauty.

When she moved to New York City, its fast-paced intensity and hustle culture bore a stark contrast to the surroundings of her youth. It was finding pockets of beauty in daily life that gave Adina the serenity she craved. She also found new inspiration in her cosmopolitan surroundings: New York City possessed elements of complexity and drama that were missing in Sydney’s laid back, relaxed vibes. Today, Adina’s signature style seamlessly blends the two. She views her work through the lens of contrast, juxtaposing various textures, colors, and elements to add depth and character to her scenes and curate compelling, timeless visual narratives.

Adina’s clients include Celebrity Chef Cat Cora, luxury Italian food brand Tuscanini, and food distribution conglomerate Home Bistro. Her work has been featured in publications such as AMI Magazine, and Fleishigs Magazine. Adina is sought by individuals and brands around the world for visual storytelling that is at once sophisticated and approachable; exquisite and effortless; minimalist and striking; beautiful and meaningful.

For Adina, the stories of our lives are shaped and molded by the memories and moments that bring us together. Her passion lies in exploring the ways in which beauty can be revealed in the seemingly ordinary and mundane, revealing the wonder that lies just beneath the surface of everyday experiences. Whether setting a holiday table, building flavors in a recipe, or crafting a narrative behind a product, Adina is beloved for her meticulous attention to aesthetic detail and talent for teaching others how to elevate their spaces and surroundings without spending many hours or dollars in the process.

When food styling, Adina carefully aligns the core of a brand’s identity with curated imagery that reflects its distinctive aesthetic. Her style reflects the collaborative vision, where people can come together to enjoy a delicious meal in a space that ignites conversation and inspires a spirit of togetherness, warmth, and joy.

Adina lives in Brooklyn with her children and husband Juda, the owner and creative mastermind behind much acclaimed restaurant group, Alenbi Kitchen. 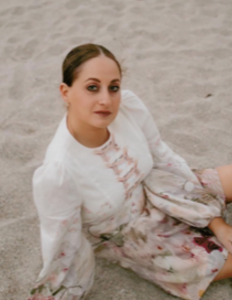 Advocate for charities around the world.