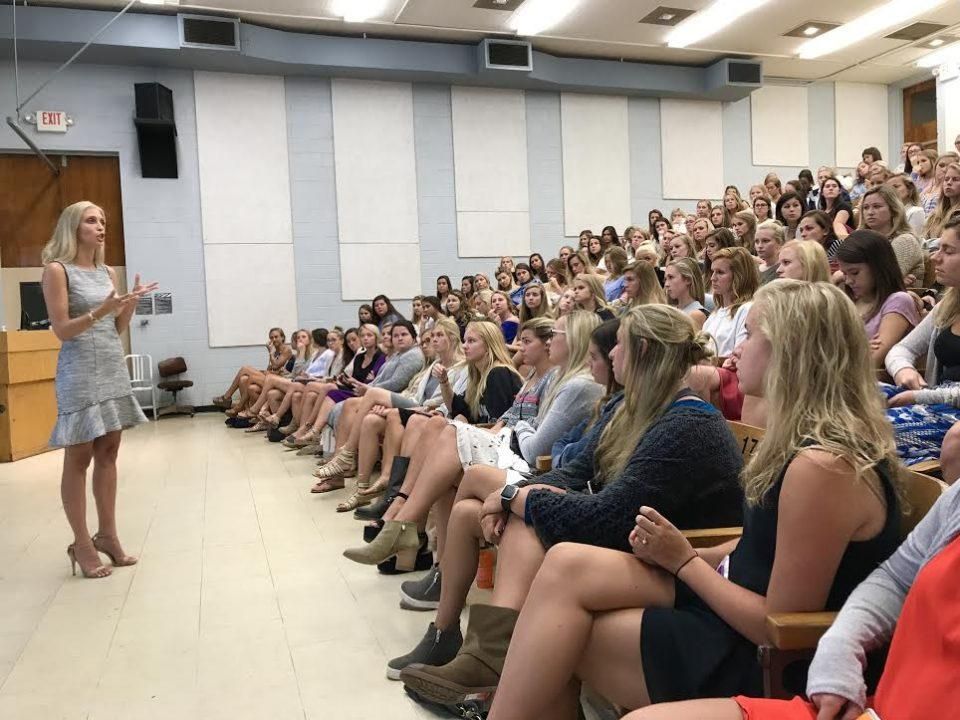 5 Ways To Empower Your Female Colleagues

To help young female employees close the confidence gap, women in leadership positions need to empower, support and uplift each other, says Rachael Bozsik, CEO and founder of The Brand Girls, a firm that coaches women on how define their personal brand, network strategically and boost their confidence. As demonstrated with the #MeToo movement, “when you show up and when you showcase your authentic truth, you give other women the right to do so as well,” Boszik says.

Take inventory of how you treat female coworkers

Evaluate whether you’re a positive role model for other women in your office, Bozsik says. “If you believe in yourself, it will be easier for the next generation to believe in themselves,” she says. Further, she says, evaluate how you treat the other women who work with you. Do you encourage them and help them to see what they’re capable of achieving?

Paige Strackman, a vice president at Bank of America, says she is conscious of how she presents herself when she walks into a meeting and whether her actions make the other women in the room feel seen. She learned the importance of being acknowledged and engaged earlier in career when she attended a work function and a woman, who appeared to be in a leadership position, went around the room and shook everyone’s hand and asked their names. “She ended up being the featured speaker for the event,” Strackman says. “She made it a point to engage us.”

Decide what you will do if you witness a female coworker’s ideas being dismissed during a meeting or if you see a female coworker doubting her worth. You don’t need to declare your oath to the world, just make a promise to yourself, Bozsik says. For instance, if you see someone speaking down to a younger female coworker, speak up for her or give her a wink or a nod during meeting, she says.

Strackman’s personal oath is to create an environment that is psychological safe for everyone. “It’s easier to do one-on-one, and takes a bit more courage in a group,” says Strackman, who participates in the Bank of America Global Banking + Markets Women’s Leadership Council. For instance, if Strackman sees a young women looking puzzled during a meeting, Strackman will ask her a question to engage her but is careful not to put her on the spot. If a woman is having a hard time getting the right words out during a meeting, Strackman will recast her idea and say, What I hear you saying is this. “Rephrasing shows that I think what she has to say is worth listening to and considering,” she says.

Regardless of you position, you can mentor a younger colleague either from your department or a department you once worked in, Bozsik says. The key is being able to share lessons you learned from past experiences. Bozsik recommends choosing someone who appears motivated and eager to learn, and also seems likely to stay at the company a few years so that you can develop a relationship with her.

Once you’ve selected a colleague to mentor, explain why you selected her and how you think you can help her. Determine if you will meet weekly or biweekly, offer to help her put together presentations for her quarterly review, help her with salary negotiations, be her advocate and invite her to shadow you on projects, Boszik says.

Get support from others

Offering your support to others will also put you in a good light with your colleagues. “Once you offer support, you will be viewed as a kingmaker by others,” Bozsik says. “Because you are a voice for change, others will seek you out.”