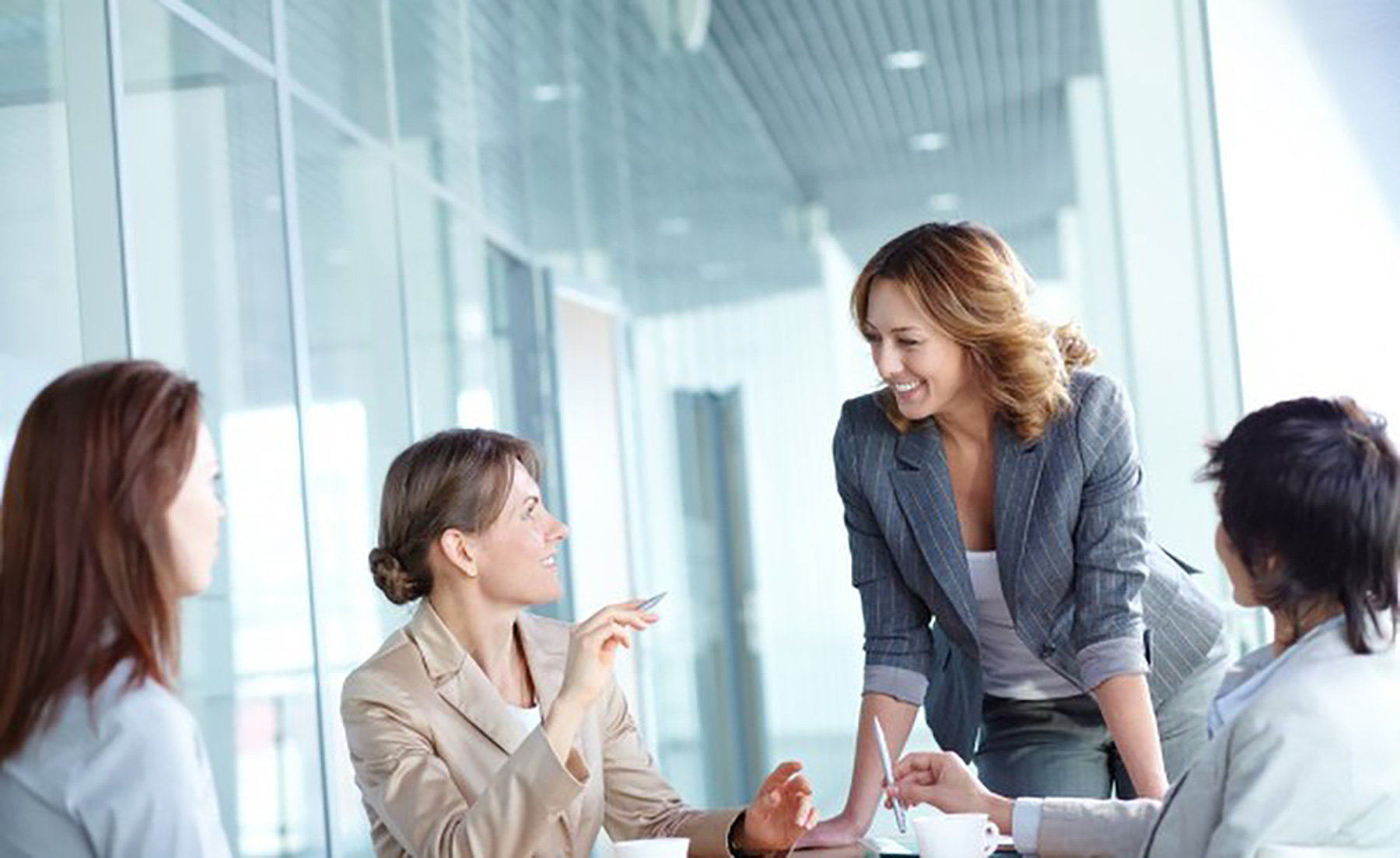 7 Challenges Women Entrepreneurs Face (and How to Overcome Them) 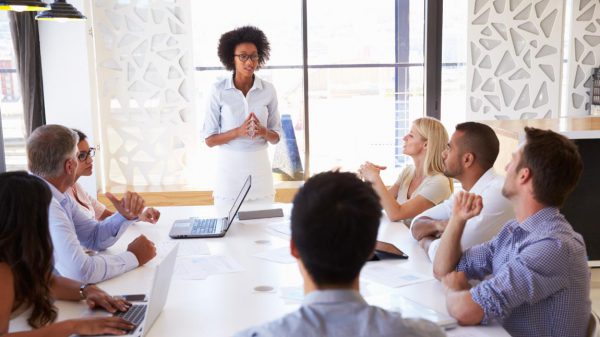 Entrepreneurship was once considered a man’s domain, but the tide has shifted: More than 9 million U.S. firms are now owned by women, employing nearly 8 million people and generating $1.5 trillion in sales, according to 2015 data from the National Association of Women Business Owners.

“While the numbers are growing, there are still too few female investors and startup entrepreneurs, which can make it more challenging to raise capital and find mentors,” said Megan Smyth, CEO and co-founder of FitReserve. “Network and you will discover that there are plenty of women and men who are eager to advocate for and mentor female entrepreneurs.” [See Related Story: Women Seeking Mentors: Empowerment for Success]

Although more women are embracing entrepreneurship, they often face challenges not typically shared by their male counterparts. To shed light on some of these disparities, female CEOs spoke with Business News Daily about the key challenges women entrepreneurs face and how to overcome them.

Most female business owners who have attended networking events can relate to this scenario: You walk into a crowded seminar and can count the number of women there on one hand. When women entrepreneurs talk business with primarily male executives, it can be unnerving.

In this sort of situation, women may feel as though they need to adopt a stereotypically “male” attitude toward business: competitive, aggressive and sometimes overly harsh. But successful female CEOs believe that remaining true to yourself and finding your own voice are the keys to rising above preconceived expectations.

“Be yourself, and have confidence in who you are,” said Hilary Genga, founder and CEO of women’s swimwear company Trunkettes. “You made it to where you are through hard work and perseverance, but most importantly, you’re there. Don’t conform yourself to a man’s idea of what a leader should look like.”

Some women also may worry about coming off as too aggressive. But Alexandra Pierson, founder and CEO of social media app springpop, urged fellow female entrepreneurs not to be concerned about this. Pierson noted that, during early negotiations for app development deals, she often was afraid to be firm and clearly state what she believed to be fair.

“I eventually learned that, woman or not, my business would fail if I refused to defend or fight for it,” Pierson said. “Since then, I no longer worry about being seen as aggressive.” [See Related Story: 17 Reasons Women Make Great Leaders]

Not all startup founders look for investors to help get their businesses off the ground, but those who do know how difficult the pitching process can be. Raising capital is even more difficult for women-owned firms: A 2014 Babson College report found that less than 3 percent of venture-capital-funded companies had female CEOs.

Bonnie Crater, president and CEO of sales and marketing analytics company Full Circle Insights, said venture capitalists tend to invest in startups run by people of their own “tribe” — for instance, a Stanford-educated investor will want to back a Stanford alum’s business. This means that VC firms with female partners are more likely to invest in women-run startups. But according to the Babson report, that accounts for only 6 percent of U.S. firms. Women looking for business investors should build confidence through a great team and business plan, Crater advised.

Investors typically look for businesses that can grow their valuation to over $1 billion, Crater said. “Think about how to do that,” she advised. “If you have experts on your founding team that can execute the business [operations] well, investors will have confidence in those people. [You also] need a good product market fit.”

Another way to overcome this issue is by working to get more female investors involved in supporting one another, said Felena Hanson, founder of Hera Fund, a female angel investor group. According to Hanson, groups like hers are “looking to not only inspire and encourage female investors, but to grow and support other female entrepreneurs through both funding and strategic educational workshops.”

3. Playing with the boys

Most would consider any given field to be male-dominated. It’s even more of a challenge when you’re coming in as a female having to give direction to males that may not want any direction. Alison Gutterman, CEO and president of Jelmar learned just that early in her career.

“As a female entrepreneur in a male-dominated industry, earning respect has been a struggle,” she said. Early in her career at Jelmar, she was managing men in their 40s when she was only 25. “They were more experienced than I and often dismissed my new ideas about marketing and sales, and some assumed I didn’t have the drive to put in the long hours and hard work they did.”

She notes she’s heard it all: from being dismissed as just the boss’ daughter to presumptions that she was living off her father’s and grandfather’s reputation, as they were the previous owners.

“I was more than willing to put in the work to create my own reputation for being a hardworking, honorable businessperson in my own right,” Gutterman said.  “To overcome this, I have had to learn to build my confidence and overcome my negative self-talk, or as I like to call it, ‘head trash.’”

Gutterman defines “head trash” as all the negative comments from yourself, likely stemming from others, you have let build up in your head.

“They’re stopping you from reaching your full potential. One of the best things I’ve done to help me in this area is joining a variety of women entrepreneur groups,” she said. “These groups have provided me mentors and peers to inspire me, hit me with reality checks on my capabilities and successes and help be grow and learn from their outside perspectives and experiences.”

The communal, consensus-building qualities encouraged in young girls can leave women unintentionally downplaying their own worth. Molly MacDonald, founder and CEO of The Mobile Locker Co., a startup that provides personal storage for events, said she has always found it difficult to convey her own worth as a leader.

“When I talk about the company … I always find myself saying ‘we’ instead of ‘I,'” MacDonald said. “I know I have fallen into this pattern for two reasons: Using the first person to discuss successes feels to me as if I’m bragging, and I cannot shake the idea that if someone knows it’s just me in control, the value of what we do will go down. As I grow the business, I am making an effort to own what I’ve accomplished.”

“I’ve had to catch myself on occasion when I noticed that I’m giving away too much without a financial commitment from a potential client,” Downing said. “[I] recommend other women value their knowledge as well.”

Sharon Rowlands, CEO of digital marketing firm ReachLocal, agreed that confidence is the key to success, even when you’re up against a boardroom full of men. Rowlands noted that when she was a newly appointed CEO, she often felt her ideas received more scrutiny than those from her male colleagues. However, she didn’t let that discourage her from being a great business leader.

“I had confidence in my abilities to run the business,” Rowlands told Business News Daily. “I just made sure that any initiative I was trying to move forward was backed up by a solid business case. I was never unprepared for the questions that I knew would come. I [also] think many women naturally have extraordinary common sense, a sharp intuitive sense and a great focus on people. These are extremely valuable in business and can help to set us apart as leaders.”

Forty-eight percent of female founders report that a lack of available advisers and mentors limits their professional growth, according to Inc.

“With the majority of the high-level business world still being dominated by men, it can be hard to blaze your own path and facilitate the introductions and connections into some of the more elite business networks,” said Hanson, who established the Hera Hub co-working space to foster support and collaboration among female entrepreneurs. “As most of business today still rings true with the philosophy that ‘It’s not what you know; it’s who you know,’ this can be a huge factor in your ultimate success.”

Knowing where to find the right support network isn’t always easy. A few good places to start include women-focused networking events — such as Womancon, Women in Technology Summit and WIN Conferences— as well as online forums and groups created specifically for women in business, such as Ellevate Network.

Work-life balance is a goal of many entrepreneurs regardless of their gender, but mothers who start businesses have to simultaneously run their families and their companies. And in this area, traditional gender expectations often still prevail.

“Being a mother while running a business is very challenging,” Genga said. “There are ways to balance your time, but the perception is that you could be more effective running your business if you didn’t have to deal with kids.”

Genga said she has learned not to take shortcomings on either front too seriously, and to not beat herself up over the little things, such as missing a class trip with her children.
“Mompreneurs” have dual responsibilities to their businesses and to their families, and finding ways to devote time to both is key to truly achieving that elusive work-life balance, she said.

7. Coping with a fear of failure

According to Babson College’s 2012 Global Entrepreneur Monitor, the fear of failure is the top concern of women who launch startups. Failure is a very real possibility in any business venture, but Delia Passi, CEO of WomenCertified and founder of the Women’s Choice Award, said it shouldn’t be viewed as a negative.

“You need to have massive failure to have massive success,” Passi said. “You may need 100 ‘noes’ to get one ‘yes,’ but that one ‘yes’ will make you more successful tomorrow than you were today.”

Pierson offered similar advice for female entrepreneurs, encouraging them to work through the moments of self-doubt that every business owner faces.

“I have stopped worrying if people will treat me differently in business because of my gender … and have stopped comparing myself to others, including men,” she said. “The bottom line is, if you’re successful, no one cares whether you are man or a woman.”